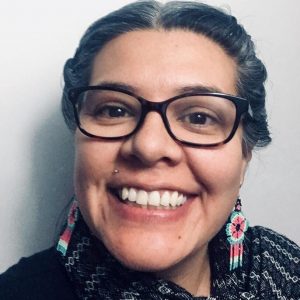 I was born in 1977 in Puebla, Mexico. Moved to Mexico City to study in Drama School. I was part of different theater productions as actress, assistant director and producer.
In 2008 I started training Playback Theater in La Escafandra Ensamble Teatral Playback. A few years later became leader of the ensemble. La Escafandra was active until 2016.
I studied in the Mexican School of Psychodrama and Sociometry.
In 2014 took the Leadership in Yamachiche, Montreal.
In 2016 became Accredited Trainer.

Playback Theater has been the channel through which I can connect the artistic and social work I was looking for when I decided to studied theater.
Helping developing the Mexican network and create a space in Mexico for International PT community is one of my dreams.

Today I am traveling outside Mexico and meeting playback practitioners in each city I visit, creating connections and a web blog to document and share experiences, strategies and views from different PT groups and practitioners around the world.

If you like what we do, please make a donation to support us on Ko-fi

We use cookies on our website to give you the most relevant experience by remembering your preferences and repeat visits. By clicking “Accept”, you consent to the use of ALL the cookies.
Cookie settingsACCEPT
Manage consent

This website uses cookies to improve your experience while you navigate through the website. Out of these, the cookies that are categorized as necessary are stored on your browser as they are essential for the working of basic functionalities of the website. We also use third-party cookies that help us analyze and understand how you use this website. These cookies will be stored in your browser only with your consent. You also have the option to opt-out of these cookies. But opting out of some of these cookies may affect your browsing experience.
Necessary Always Enabled
Necessary cookies are absolutely essential for the website to function properly. This category only includes cookies that ensures basic functionalities and security features of the website. These cookies do not store any personal information.
Non-necessary
Any cookies that may not be particularly necessary for the website to function and is used specifically to collect user personal data via analytics, ads, other embedded contents are termed as non-necessary cookies. It is mandatory to procure user consent prior to running these cookies on your website.
SAVE & ACCEPT